This study aims to determine the effect of the implementation of cooperative learning type of think talk write (TTW) model to the creativity and communication of students in the economic subjects of X-class students at YLPI High School Pekanbaru. Based on observations or observations Based on observations in the field of student creativity in SMA YLPI Pekanbaru is less creative in doing the problem, given the teacher let alone about the matter of each logic and the student has not been able to develop creative ideas, this is identified by many of his students who imitates his friend and the contents of all the answers in the class about the same problem. Furthermore, the student communication with the teacher is not good or even less polite for example when the teacher teaches in the class sometimes there is one of the students who call the teacher with the sister's call in the class, the students often regard the teacher as a friend and sometimes fellow friends use the local language. The design used in this research is the design of one group pretest and post test design to compare the condition before and after being treated. Thus, this research uses one group pretest-post test design method, given pretest before receiving treatment or learning and at the end of the learning is also given a final test (post-test). The samples in this study were 93 students. The result of the research on the hypothesis research and testing model which proposed in this research resulted the conclusion of manova analysis done with the processing done by using SPSS V.21, the method variables were tested with the procedure of piilai's, wiks 'lamda', hotelling's and roy's. Results of data processing padatabel found that all procedures show the same significant number, namely sig 0.0257> 0.05, so Ho accepted because It can be concluded that there is no influence of the method thik talk write (TTW) on creativity and communication. 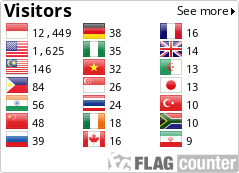