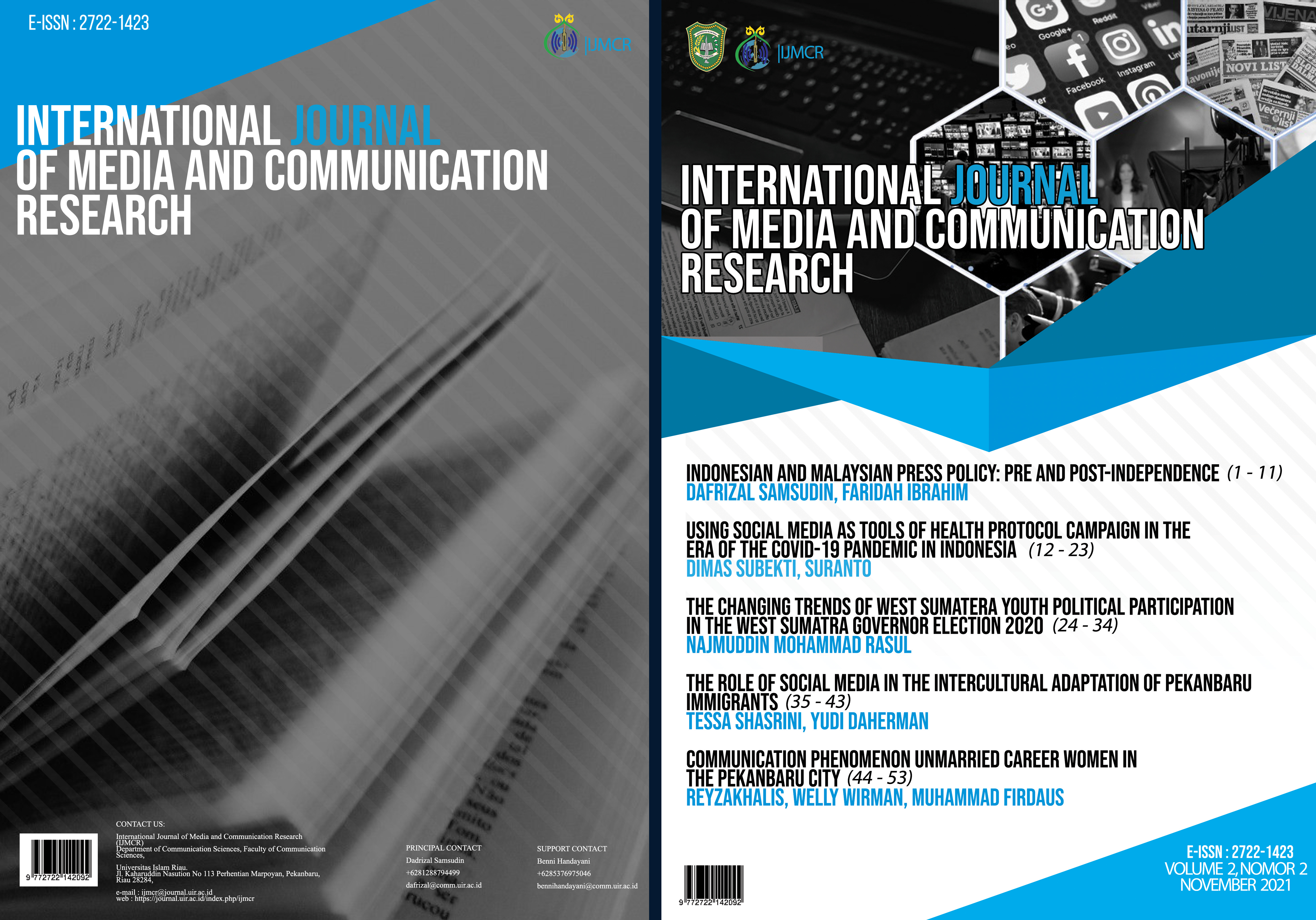 Vol. 2 No. 2 (2021): International Journal of Media and Communication Research

Indonesia and Malaysia are the two countries that come from a family of the Malay Archipelago. These two countries were born after a different colonial occupation namely the Netherlands and the United Kingdom. However, each country has a different press system and policy. This study aims to look at the main objectives of Indonesian and Malaysian press policy trough critical reviews of secondary data obtained from library research based on categories in two stages of newspaper development in pre and post-independence.  This study found that, in Indonesia, in the pre-independence era, the main objectives of Indonesian press policy were to control security and public order, and abuse of the press, during the Japanese occupation as Preventive censorship, and Propaganda. In the Post-Independence, the main objectives policy of the press namely as Freedom of Press, support 'political manifesto' and Implementing the "Pancasila Press System". Meanwhile, In Malaysia, in the pre-independence era, the main objective of the policy press was as controlling the press as a medium of internal racial conflict among the Chinese in Singapore and Kuala Lumpur due to differences of support for the Chinese monarchy since 1911, and propaganda machinery. In Post-Independence, the main objective of the press is to control and maintain the political stability of the country and prevent racial riots due to political and economic crisis.  This study concludes that the main objectives of the Indonesian and Malaysian Press Policy are made in accordance with the direction of the system and political policies of the ruling regime.