The gold ore mineralization region is a zone of mineralization which is inseparable from the role of geological structures, one of which is fracture. The Cibaliung and surrounding areas are epithermal gold mineralization zones, in this region there are two main mineralized zones, namely Cibitung Zone and Cikoneng Zone. It has almost the same characteristics where the fractures formed are quite large so that it influences the class of rock mass, but the other side is the presence of many fractures which make it easier for scattered mineralization to fill the fracture so that the formed vein is thick enough. This study aims to analyze the relationship of Rock Mass Rating (RMR) and Rocks Quality Design (RQD) to tectonic movements in the region to prove the neo-tectonic phenomena in the Honje Formation and Cipacar Formation using surface mapping methods. The methods used are rock type mapping, rock structure mapping, mapping and RQD measurements, rock descriptions and rock sample collection. All the data obtained are then verified and validated before processing and statistical tests. Statistical tests are carried out to ensure an analysis with a basis that is recognized by all parties. Both formations above have different ages, which is for the Honje Formation (Andesite Lava) with the final Miocene age and Cipacar Formation (tuff) at the age of Pleistocene. The findings of this study are the two formations measured by RQD and RMR on rock cracks and surrounding conditions; the RMR observation station made around 125 points in the Honje Formation and 117 points in the Cipacar Formation. The R2 value of the RMR value of the Honje Formation and the Cipacar Formation shows a positive relationship of 67%; The biggest RMR value is in Tuff rock. In addition, the relation between RMR Andesite Lava Value and RMR Tuff Value is done with T-Test between Andesite Lava and Tuff where the result shows no difference of mean between RMR Andesite Lava and RMR Tuff Value. Therefore, the tectonic processes that occur in the Honor Andesite Lava Unit of Honje Formation with the preceding position are formed, and the older age at the end of the Miocene age that is blocked by the field of unconformity experienced Continuity on Cipacar Formation Tuff Unit with the upper position that is formed after Honje Formation and younger age in Pleistocene. The continuation of the tectonic process proves the existence of active tectonic activity better known as Neo-tectonic.

Pulunggono and Martodjojo, S., 1994, Tectonic Changes Paleogene-Neogene is the Most Important Event in Java, Proc. Geology and Geotektonik P. Java Since the Mesozoic End Until the Quarter, Yogyakarta, p. 37-50

Soeria-Atmaja, R., S. Suparkat., Chalid Abdullah., Dardji Noeradi., Sutanto. 1997. Magmatism in western Indonesia, the trapping of the Sumba Block and the gateways to the east of Sundaland. Journal of Asian Earth Sciences, 16, 1, 1 -12, 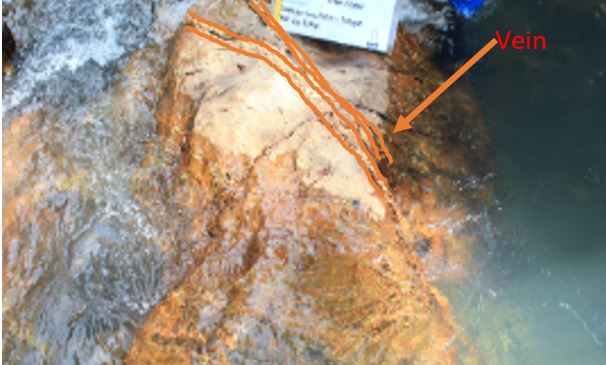