This study aims to investigate the implementation of the legislative functions of the Regional Representatives Council Pekanbaru 2009-2014. This type of research is descriptive survey. The study population consisted of 45 persons who are members of DPRD Pekanbaru period 2009-2014 and a Legal Division Command Pekanbaru. Because this time the researchers examined the period 2014-2019 and old council members were still serving in this period only 17 people, then sampling for Board Members using Random Sampling (Simple Random) and to the Law Department Pekanbaru city government uses census, which was to determine the overall population as respondents. Types and data sources consist of primary data and secondary data, and data analysis was done descriptively. Results of research and discussion in this study shows that the highest average of all respondents on the Implementation of Legislative Functions Legislative Council Pekanbaru period 2009-2014 is 12.4 persons or 68.7% said good, including benchmarks Effectiveness, Efficiency, Responsiveness And Accuracy. Thus the results of the study concluded that the Legislative Council Pekanbaru period 2009-2014 in general has been good in the Implementation of Legislation function. 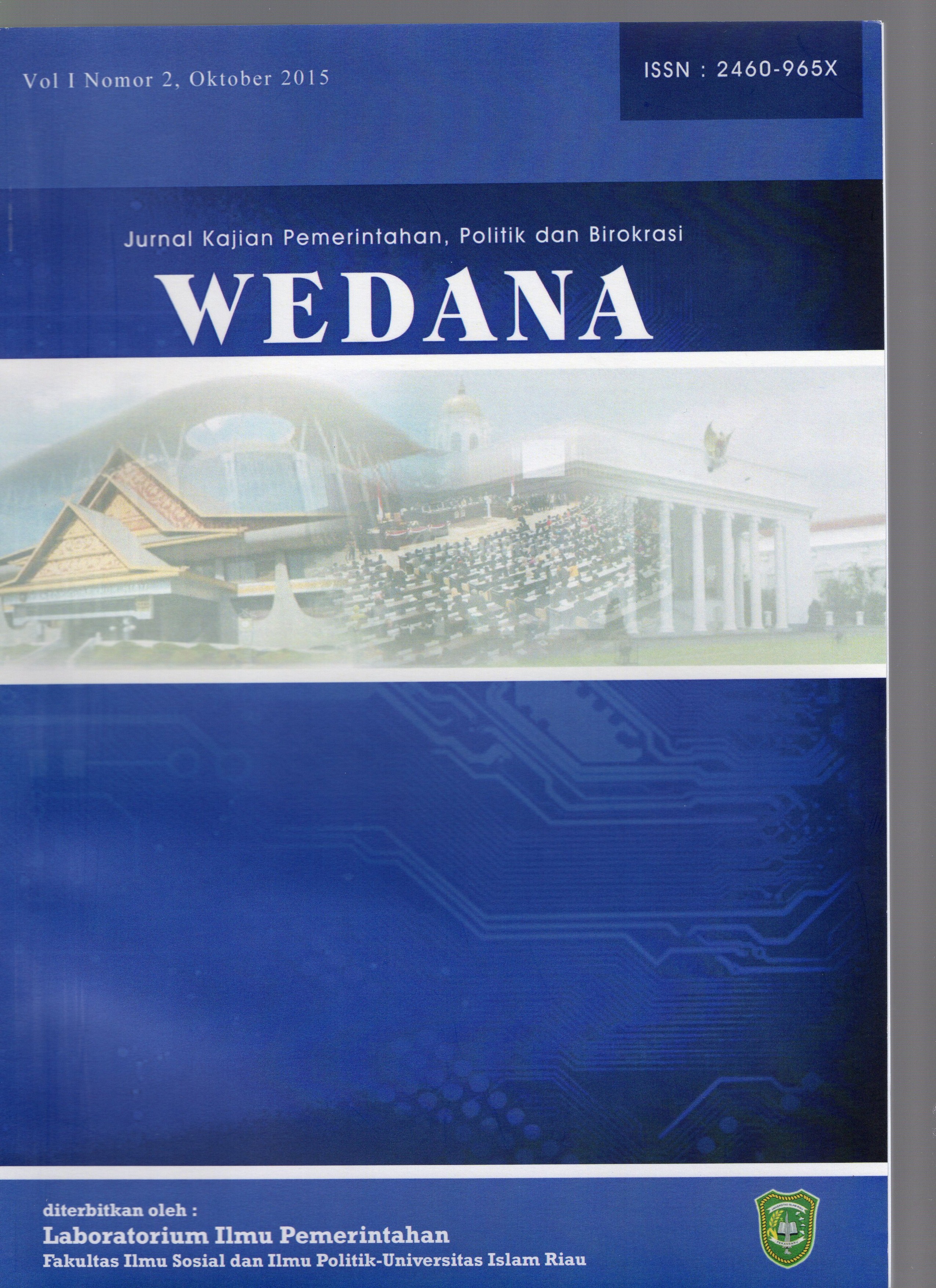