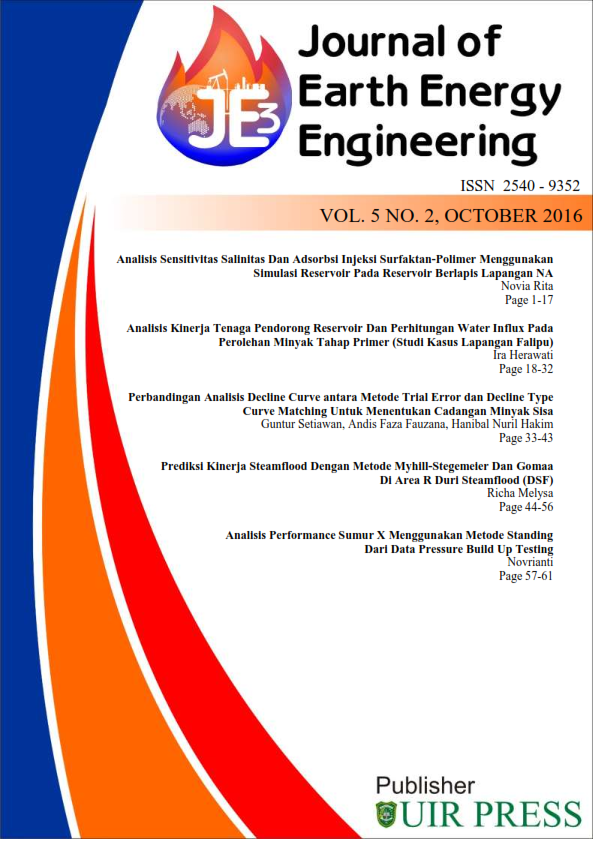 This is an open access journal which means that all content is freely available without charge to the user or his/her institution. The copyright in the text of individual articles (including research articles, opinion articles, and abstracts) is the property of their respective authors, subject to a Creative Commons CC-BY-SA licence granted to all others. JEEE allows the author(s) to hold the copyright without restrictions and allows the author to retain publishing rights without restrictions.

Steamflood constitutes one of method Enhanced Oil Recovery (EOR) by injected steam with quality and particular flow rate kontinyu into reservoir. Its aim is increase oil mobility at reservoir by downs viscosity to produced passes through producer. Before does simulation exhaustively, there is it is better does to predict performance a steamflood's reservoir by analytic simple one. This studies compares two simple methods in prediction steamflood's reservoir performance by use of data historical on area R Duri Steamflood (DSF). Gomaa's method utilizes many graph have already at previous generalizing but just applies on field with given characteristic limitation. Then Myhill Stegemeier modifies equation that made by Mandl and Volek to interpose that displacement form in reservoir is frontal displacement one dimension yawns to oil. Both of that method have excess and its lack each. Compares two simple methods in predicting reservoir performance steamflood using historical data on the area "R" Steamflood Duri. Gomaa method using some charts that have been generalized before but only apply to the courts to limit certain characteristics. Myhill-Stegemeier then modify the equations created by Mandl and Volek to argue that the form of displacement in the reservoir is a one-dimensional frontal displacement steam to oil. Both methods have advantages and disadvantages of each. Both methods produce a number of different oil recovery. The cumulative oil recovery methods amounted to 1378917 Stegemeiers Myhill-STB (76% of OOIP) and Method Gomaa of the STB 999 072 (55% of OOIP). Comparison of steam-oil (FSO) obtained in Method Myhill is a comparison of cumulative, it is evident from the constant value (FSO) obtained from the first year until the 10th year. Gomaa is different from the method they are relatively oil-vapor ratio (FSO) obtained.

Author biographies is not available. 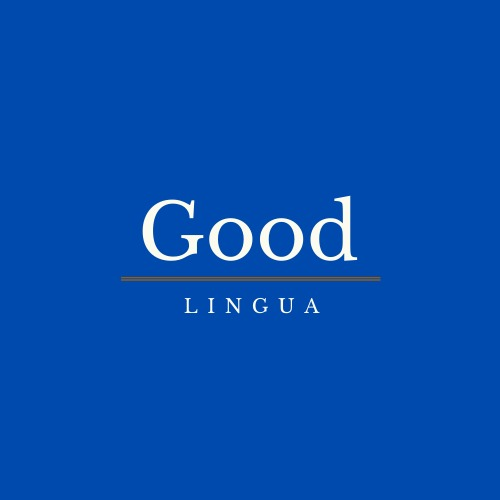 This journal aims to promote excellence in the fields of earth science and energy. The journal welcomes contribution in such areas of current analysis...

We value the privacy of any published material that confirmed by the author. We encourage the author to read the details about the ethics or any submission guidelines on this link...

As our policy to support open access. Any of submitted article is free of charge on APC however we strongly have a higher standard on any article based on our criteria and result of the expertise reviewer...