The Realization of Casual Conversation Features of EFL Learners

This study was descriptive qualitative, which aimed at explaining the casual conversation features between two learners and its functions in terms of negotiation meaning, spontaneity, interpersonality, and interactivity. To obtained data, firstly, recording the conversation was done, continued by transcribing, coding, and the last was analyzing the findings. The findings showed this conversation was dominated by exchange information and idea between the speakers rather than exchanging feelings because logico-semantic appeared more dominant than interpersonal negotiation. In terms of spontaneity feature, it could be shown by the learners’ laughter during the conversation. Meanwhile, interpersonality features occurred were filled pauses, repetition, false start, and chunk. Then, interactivity features were turn-taking, back-channeling, and discourse markers. Also, those number of features and its functions implied in this casual conversation have an essential contribution. For instance, filled pauses can be used to take time to think of what is going to say. This study suggests that further research investigates how cultural and gender affect the speakers’ spoken features in monologue and dialogue speech, and also both formal and non-formal situations 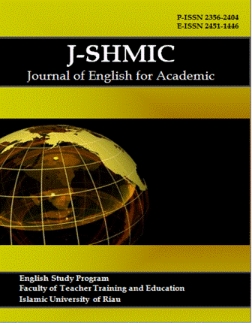