The Palestinian coin currency as a medium of exchange no longer exists; including stamps and seals; except as the object of research. So research is carried out with the formulation of the problem, how change both coin currency, stamps, and seals as an administrative instrument in Palestine on 19-20 century transition era? The research purpose was to determine the change in coin currency, stamps, and seals in that era. Through research methods qualitative, exploratory, and literature study;  then both coin currency, stamps, and seals were collected as evidence of its existence and change. Data were collected, processed, presented, and discussed through qualitative descriptive analysis, comparison and synthesis, during the 2021. The results showed,  the coin currency of kurush equivalent to piaster (1876-1908), para (1909-1917), millieme (1909-1917) it was later replaced by mil (1927-1947); in line the change of stamps and seals of piaster (1906, 1918); para (1910, 1919); millieme (1920, 1926); which was later replaced by mil (1927, 1937) of Palestine. The Palestinian coin currency experienced a dysfunction and disappeared from circulation instead of the Israel coin currency appearing to shift its existence. The reason is not only the helplessness of Palestine but the departure of Britain (1948) after obtaining a mandate (1922) so that it has influence and interest but is used more for the purposes of its country, including Israel. The existence of coin currency, stamps and seals becomes an urgency to be realized again towards a sovereign Palestinian state now. Further research on Palestinian currency was needed. 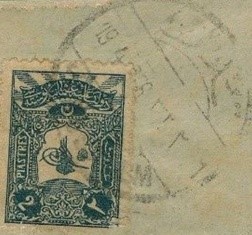