Muara Sungai Kelantan Mandau Siak Regency is one of the villages located far to the center of the district capital of Siak and including one isolated region. This village requires the construction of infrastructure and public facilities in order to improve people's welfare. The government has many programs in an effort to increase the development of this infrastructure to be felt in isolated areas in Siak and one of them is with the Community Work Program (Pokmas) corresponding decree No. 29 Year 2013. Pokmas Fund in accordance with the technical guidelines issued by the Regent Siak who explained that the funds Pokmas used for the construction of public infrastructure and public facilities. The purpose of this study is to identify and explain the implementation of the Community Work Program Project (community groups) in the village of Muara Sungai Kelantan Mandau Siak and constraints. The method used is descriptive and quantitative methods; Samples that all parties involved in the implementation of community groups and community programs Mandau Sungai Siak Regency as many as 48 people. Techniques of data collection questionnaire and interview and descriptive data analysis. This study concluded that the Community Work Program Implementation Project (community groups) in the village of Muara Sungai Kelantan Mandau Siak in the unfavorable category. The obstacles that occur in the role of Rural Community Muara Kelantan River District Mandaudalam planning of development programs, namely: a society that did not participate berpartisipatif in carrying out development programs, the length of the disbursement of funds so that development programs can not be run smoothly and in the organization of the Village Community Muara Sungai Kelantan Mandaumasih there are members who are less active role in the development program. 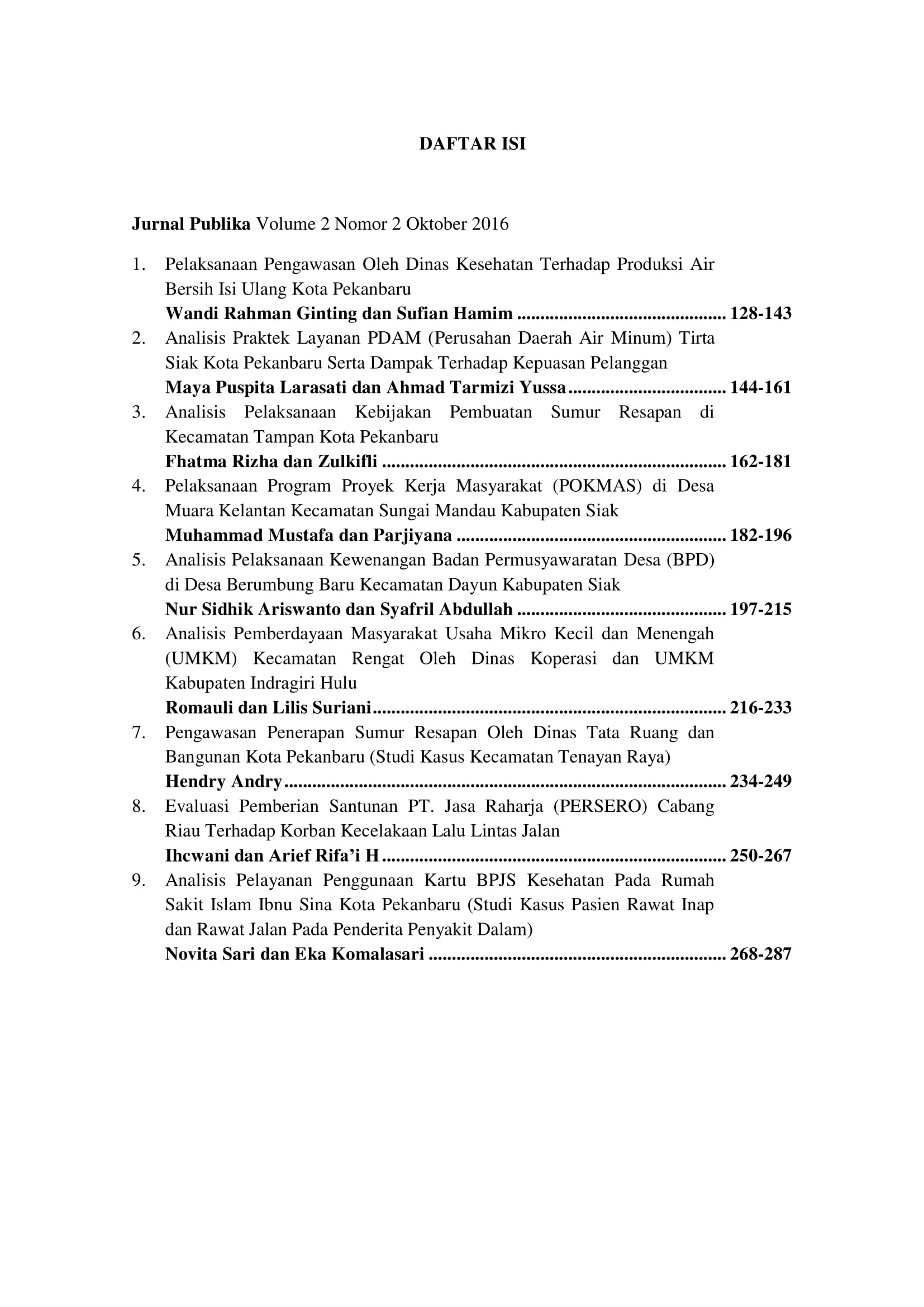